Now you can try the following quiz:


Watch the next parts of Malala's interview on The Daily Show: 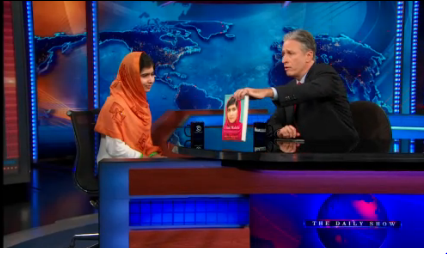