At least 30 people are believed to have died near the peak of a volcano in central Japan that erupted without warning on Saturday, trapping scores of amateur climbers and covering a wide area with thick ash. (The Guardian , Sunday 28 September)

Study the vocabulary below and then watch the video.


Now watch the video again and try the following quiz.

Transcript
At least 30 hikers are feared dead in Japan after being found at a lifeless state near the peak of a volcano that erupted a day earlier.
Japanese authorities never confirm death until after a medical examination.
Others were injured or are missing.
This amateur video was taken inside a mountain hut as people took shelter from volcanic ash and rocks.
Hundreds of people including children were stranded on Mount Ontake, some 200 kilometres west of Tokyo, after it suddenly erupted on Saturday.
Smoke and ash was flung hundreds of metres into the sky, and several kilometres down the slope of the volcano.
More than 500 emergency staff including the military resumed their work on Sunday morning, helping stranded victims and looking for those still missing.
“The volcanic rocks fell like hailstones,” he says. “We couldn’t breathe so we covered our mouths with towels. We couldn’t open our eyes either.”
At one stage on Saturday some 250 hikers were stranded on the mountain but most managed to make it down by nightfall.
More than 30 people spent the night in mountain huts, most of whom came down on Sunday morning.
Volcanoes erupt periodically in Japan but until this weekend no one had died for more than twenty years. 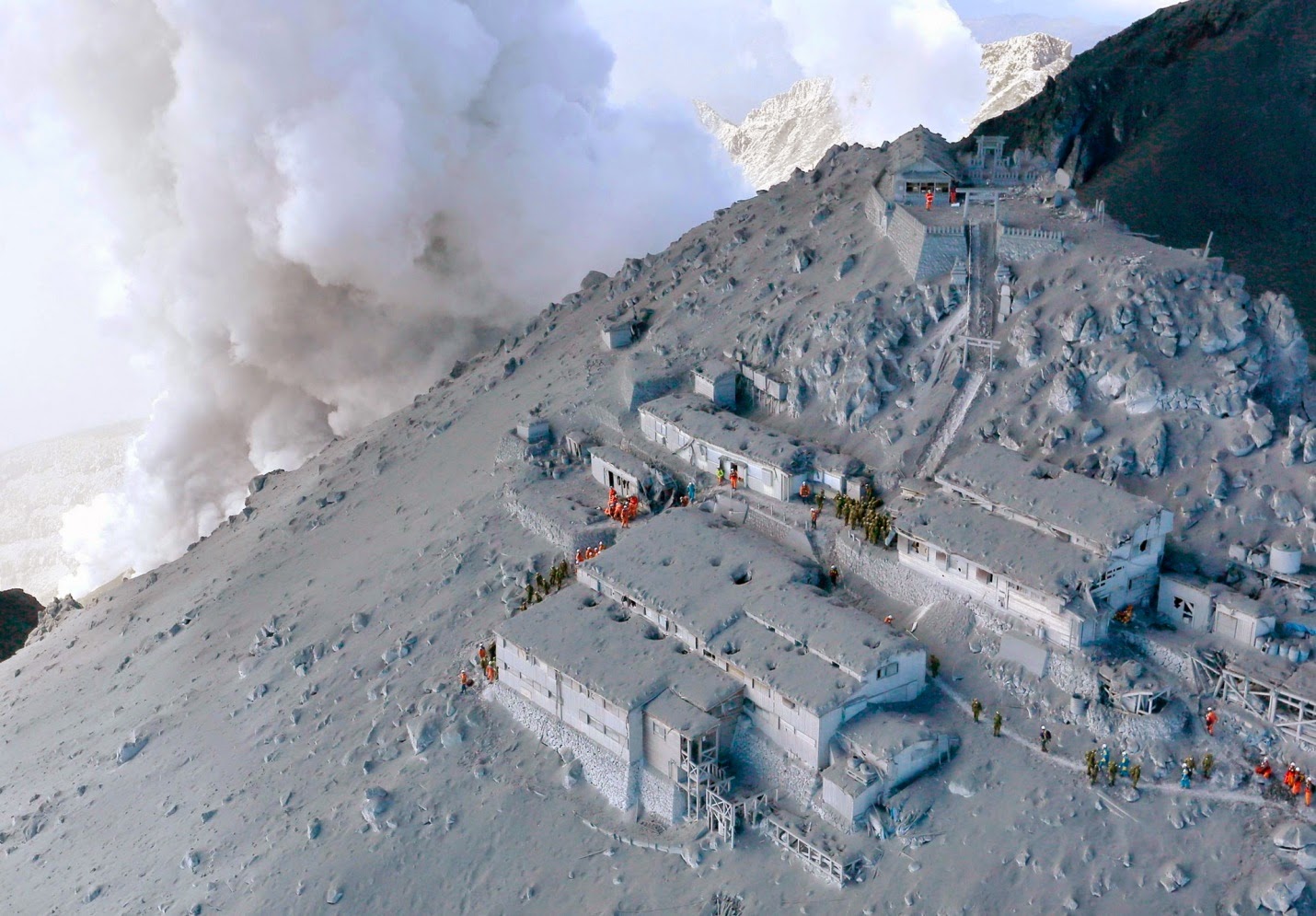 Escape from Mount Ontake (The Guardian)
Posted by Areti Gavalaki at 1:04 AM